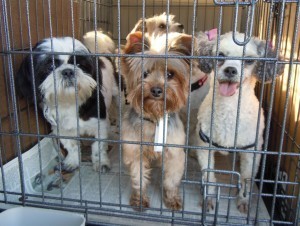 This PILOTS N PAWS rescue became a last minute weekend RUSH.  It seems the local vet in Lousianna who was temporarily boarding our dogs called and said, “ALL DOGS OUT BY MON. NOV 21, PERIOD”.  Apparently, with Thanksgiving just a few days away, his PAYING customers had vacations planned, and his kennels were soon to be full.  He needed his space back.  No excuses accepted.

So, our little “waifs” had to go! Oh, no! Second Class Citizens, again! 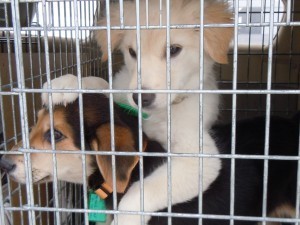 How can you not mobilize instantly?

Instant mobilization time!  Frantic calls were made late Friday afternoon.  Could everyone get their dogs ready by the next morning?

After all, we were talking 18 dogs located in 3 states…..Dogs had to be vetted, picked up, and kept in peoples’ houses overnight in preparation for an early am departure. 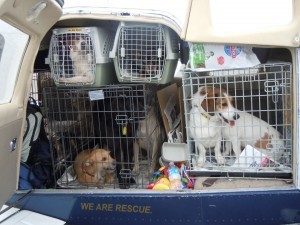 It's yet another planeful for Scott

The Vets ultimatum combined with bad flying weather predicted for Monday meant we had to make this a SAT-SUN overnight trip.

The wives were not going to be happy.

First stop …Philadelphia to Jackson, TN.  Pickup a bunch and move ’em to Hammond, LA to overnight.  Then on to Lafayette, LA where we spent the night. 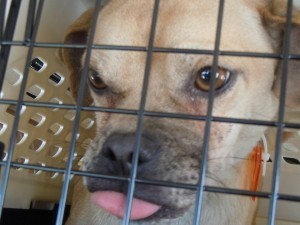 The next morning…FOG.  We waited around the airport until almost 10, and finally loaded up our dogs.  We were already 3 hours late for the 9 hour trip up the coast.  It was going to be a late night.

Next stop…back to Hammmond, LA to pick up yesterday’s dogs!  3 hours later.. time for a fuel stop.  Oops – Augusta, GA, our planned fuel stop was fogged in.  Diverted to Columbus Metro in GA.  When we got there, fogged in also!  We made it into Florence, SC, low on fuel and were off to Easton, MD to drop off our pugs to Tammy, arriving at 7:30 PM.

Smooth flying after that, and we finally made Caldwell, NJ by 8:45 PM.

Back in Philly by 10pm…9 hours flying each day..but all dogs got where they needed to be in time for the Holidays. 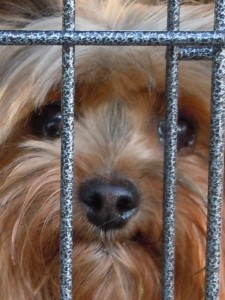 Sweet Face for the day...

Thanks to Terrie, Tammy, Cindy, Karen, Robyn, and Joan Kerr from Penny Angel Beagle Rescue who has agreed to take Jerry the VERY high heartworm positive beagle from Tenn.

PS- As I write this Jerry is asleep by my feet.  We got in too late last night, for his foster to get him, so Jerry and I had a sleepover.

He had treats and slept with his very own (and first ever) stuffed animal.

He should only know that the best part of his life is about to begin!