In just 2 hours the final flight of the Pilots N Paws “Dog Is My Copilot” Rescue Flyway will land in Kansas City, Missouri. PNP Pilot Sam Taylor was grounded at the Kansas City Downtown Airport (KMKC) yesterday by inclement weather. 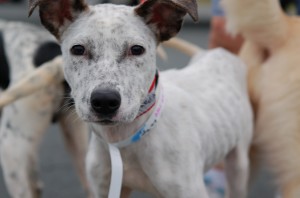 Weather postponed Sam’s rescue flight, but it did not cancel it. Our PNP pilots are so determined and committed to their rescues that this morning Sam flew a rescue dog from Kansas City all the way to his new home in North Carolina.  After safely delivering this dog to his new family, Sam next picked up the remaining 4 dogs, 2 guinea pigs, and 1 kitten that were supposed to fly from Charlotte to Kansas City with him yesterday.

Upon landing, Sam will be greeted by Wayside Waifs Animal Rescue, an adopter from the greater Kansas City area, and an adopter from Lincoln Nebraska as well as news reporters covering the story. 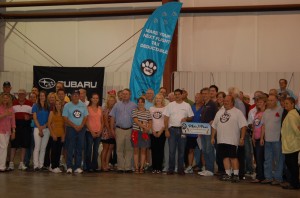 Thank you to all of our pilots and rescue volunteers for making the 4th annual PNP rescue flyway a huge success. With over 300 lives saved yesterday, the “Dog Is My Copilot” Rescue Flyway will go down in world history as the largest animal rescue by air.

How great is it that despite the dicey weather, Sam ultimately made this rescue flight? Please comment with some words of encouragement for this final leg of the 2012 rescue flyway!

Sig’s Flight to Safety
Welcome Ashary – Another New...
Husky Mom & Pups
Lots of felines on one...