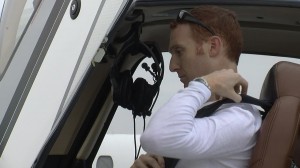 CHARLESTON, S.C. (WCIV) — The plane door pops open and nails drag clumsily along the steps. There’s a blanket in the back of the two-seater on this cold, cloudy November morning.

Pilot Ryan Fiorini gets ready to taxi the runway when a wet nose nudges against his hand.

“I think this is the fourth or fifth flight I’ve done for Pilots N Paws,” said Fiorini.

The pilot is of course Fiorini. The paws belong to Inca, a Belgian Shepherd whose jet black muzzle pokes between the seats. 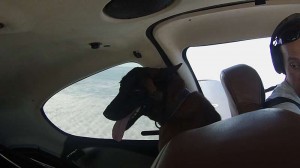 Inca makes her flight from Charleston to North Carolina.

“This specific flight I saw it on the board and it’s out of Charleston so, you know I figured this is perfect.”

Fiorini volunteers his time and expenses for the non-profit, Pilots N Paws. The organization pairs pilots, rescue volunteers and animals in need.

Some 3,000 pilots have signed on since its inception in 2008, as well as more than 10,000 volunteers. Many of the animals are saved from high risk shelters. Others just need a ride home.

Inca already has a home waiting. She just doesn’t know it.

That’s where Fiorini stepped in.

“We got her on the airplane and she jumped right in, very well behaved,” he said.

The mission now is to get Inca to North Carolina. She already seems very much at home. In fact, she’s eager to jump in the front seat.

“Inca used to sleep and sit on the airplanes at his feet,” said Fiorini. “We think that’s what she wanted to do.”

The “he” in question is Joe Bane, and he’s been waiting to be reunited with Inca for two years. They worked security detail together in Afghanistan. But a back injury sent Bane home. 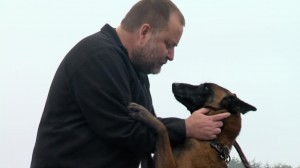 “It was like leaving my child behind,” said Bane, remembering the day he had to leave her behind in Afghanistan. “When I was injured and walked off base, the first thing I did was walk in the office and say, ‘When she retires I get her.'”

Inca is now retired and on her way to be reunited with Bane.

“In Afghanistan, our job was we flew out every day or so and did convoys. We searched for things for the military. We did patrols to keep bad guys off the base,” he said.

Bane is anxious as Fiorini lands the plane. The door is opened and he calls her name. Inca runs right for him, but she also begins to do something else — she circles around him.

“She’s looking for a threat,” said Bane. “This dog is a protection dog. With the right commands she will apprehend a criminal and bring them to me.”

Inca hardly looks ferocious though as she settles next to Bane who hugs and pets her, whispering her name.

“We worked with everybody from Special Forces to infantry to Marines to Air Force,” said Bane. “They all knew what she could do. But the thing they liked most about her is that they could approach her, pet her, and a little touch of home came back.”

Bane’s wife and kids welcomed Inca into their arms as well. She’s surprising gentle and a bit overwhelmed.

But that plane ride didn’t end on the tarmac. Her next stop is a car ride to Tennessee.

“Inca comes home with me. She is done working. She becomes the queen of my house and I’ll have to find a crate for my wife,” Bane said, joking and obviously relieved to have his war buddy back in his daily life.

Both Bane and his wife Jeannine are grateful to Pilots N Paws and the many volunteers involved.

“I just want to thank everybody that’s helped us put this together. Words can’t describe…,” Jeannine Bane said.