2,000 Rescued Animals: The Story of a Pilots N Paws Volunteer 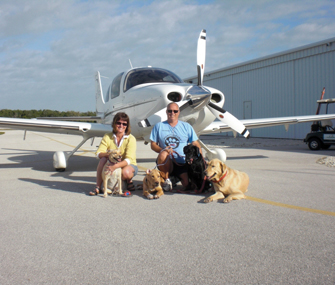 Photo by Jeff Bennett
Jeff Bennett with his family and just a few of the pups he has rescued.

In 2008, pilot Jeff Bennett was volunteering at a Key West animal shelter when he came across an article in an aircraft magazine about a newly launched nonprofit called Pilots N Paws. The group’s mission is to connect volunteers who rescue, shelter and foster abandoned animals in danger of being euthanized with pilots who can transport them to foster or forever homes.

Inspired by what he read, Bennett, a Florida Keys resident, decided that he could better use his time transporting animals rather than cleaning cages. “Anyone can clean a crate or cage,” Bennett says. “But since I already had a plane and my license, I felt that my time could be much better used in transporting these homeless animals to help prevent them from being euthanized.” 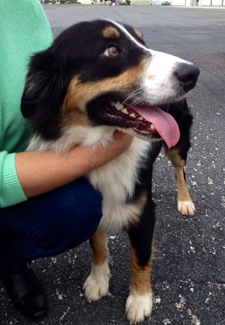 Photo by Jo Singer
Bennett’s Boots is the 2000th dog John has rescued.

Flying Pets to Their Forever Homes

Jeff Bennett was exactly the type of volunteer Pilots N Paws needed, particularly in 2008. Early on, the organization’s greatest struggle was simply getting the word out to pilots and shelter workers. Thanks to some good news coverage, though, PNP was soon flooded with donations and offers of help.

Today there are more than 3,000 pilots, including Bennett, registered on PNP; the organization’s goal is 10,000 participating pilots. Pilots donate both their planes and their flying time. As an extra incentive, the cost of fuel and plane rentals are considered charitable donations and are tax deductible — which makes it even easier for these pilots to lend a helping hand.

Since he began working with the group, Bennett has flown an amazing range of exotic four-legged refugees, including a pot-bellied pig, a Kinkajou, a Guinea pig, hamsters, rats and rabbits — even a tortoise. Bennett has four rescued dogs of his own who love to fly with him. 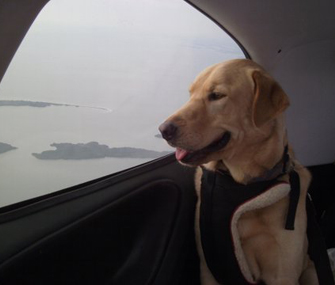 Saving Lives, One Flight at a Time

After five years and 2,000 rescues, Bennett is still committed to his work and driven by the huge number of dogs, cats and domestic pets who are turned into shelters each year. “There are many reasons that so many animals get surrendered to shelters,” Bennett says. “Perhaps the animal doesn’t live up to their expectations, or they are moving somewhere that doesn’t allow pets.”

He adds, “What gets me so darned angry about their surrenders is these owners seem to feel that their pets are disposable and somebody else’s problems.” Fortunately, the Pilots N Paws network is there to help these animals find the right home.

Bennett’s most memorable PNP rescue happened in 2009, when he read a request on the Pilots N Paws message board: A Border Collie being held in a shelter near him was in need of immediate transport. “The only reason that dog was still alive was the shelter’s freezer was already filled to the brim with euthanized animals and a dead-animal pickup was not scheduled for several days,” he says. “The shelter simply had no more room in their freezer.”

Bennett leapt into action to save the dog. “I made some quick arrangements… and flew him miles away to a foster home waiting for his arrival. I don’t think I will ever forget that rescue.”

It’s no easy feat to get these rescued animals to their forever homes, but this week, Bennett transported his 2,000th animal, a winsome Collie-Aussie mix. This rescue adventure began on November 19 with a flight from Marathon, Fla., to Greenville, Ala. Forty dogs, including several litters of puppies, were waiting for transport, as well as a film crew shooting a documentary about Pilots N Paws titled Tales in Flight.

The adorable Collie-Aussie mix stood out among all the other dogs. “When the time came to select that special canine, it was no easy task,” Bennett says. “I was looking for a dog that made me smile. But this little guy had such huge brown eyes and looked so sad and forlorn that the minute he looked up at me and started wagging his tail and licking my face, I was smitten. It was a no-brainer.”

On November 20, Bennett, the film crew and the dogs headed to Orlando where Bennett handed the Collie-Aussie mix off to his new foster family, who have named him Bennett’s Boots, or BB for short. The last leg of the journey took Bennett to West Palm Beach where he delivered the remaining dogs and puppies to the volunteers awaiting their arrival.

It’s all in a day’s volunteer work for this devoted pilot.

If you are a licensed pilot and want to get involved, visit Pilots N Paws for more information.

You may also want to read Shelter Pets Fly to Forever Homes which features a news video of Pilots N Paws.