Through the efforts of countless volunteers and pilots working together with Liz Bondarek at the helm, Pilots N Paws was able to grant this wish.  From Liz:

A final wish,
Friday seems so long ago as I write this.. but it really was only Friday afternoon, the email that changed my life appeared in my inbox.
From Denis:
“The director of volunteer services at a local hospice in Pittsburgh, contacted me this morning. He was inquiring about a situation he is trying to deal with. A gentleman came to Pittsburgh from Florida for a liver transplant. Long story short, he now has cancer and is terminal and is in hospice/palliative care.
His dog (Bailey) is still in Florida.
It is this gentleman’s last wish to have his Bailey back by his side as it is now apparent that he will not be returning to Florida. 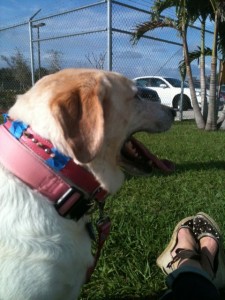 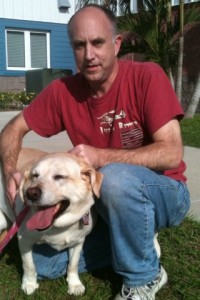 Now, I have to say that the email generated  dread in my heart and a moment of doubt, but I should have known better..

Why yes, yes of course the Pilots with Pilots N Paws can help. 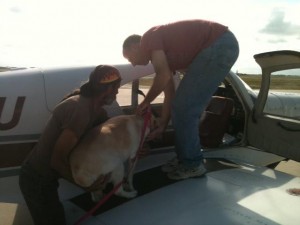 By late Friday, I have to admit, I was tired.. a long day of getting contacts for Bailey and finding a reasonable route. But now, finding the words to ask for help had never been so hard. There were 3 attempts in my drafts, but none that even came close.
By 6:00am Saturday, I had finally found what I hoped were the right words and hit ‘send’ for the last time.
WOW 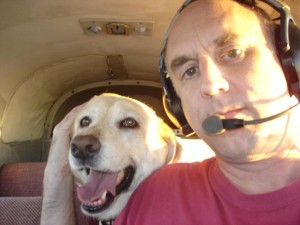 Bailey making sure Rob is on the correct course home!

Almost immediately pilots were sending me emails telling me that they were willing to help. When I tell you that I have been dumbfounded by the outpouring of people to help, it would not even come close to the actual numbers of emails.
In a frantic fury, I was scribbling down names and offers and trying to connect the dots! Trying desperately to respond to offers and to piece them together..

Our leading crew..
Rob Takacs (SAV, Savannah, GA) Rob emailed me to say that he could help, but the problem is, he was only available right now, please call as he was on his way to the airfield..
As Rob immediately went to the airfield at about 10:00am, and camped out at the FBO(Fixed Based Operations at the airport) monitors… 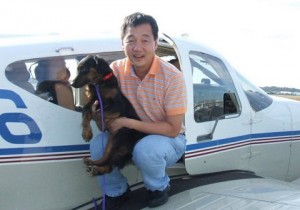 The elusive John Lee taken during another transport:-)

John Lee (PKB)(W.Parkersburg, WV) emailed me to say that he too could fly right NOW and asked if I had anyone to connect.. so, I called Rob (who by now was on his way to the field) and asked him if there was a chance he could do the FL route instead of going north.
Rob and I were monitoring weather from his field on the phone together.. as the weather was marginal down there.. we were looking at VRB(Vero Beach, FL) where Bailey was. We were watching and talking and I said what about MLB(Melbourne, FL) instead? And then he says “ooo, yes, the weather just cleared.. I’m wheels up now” 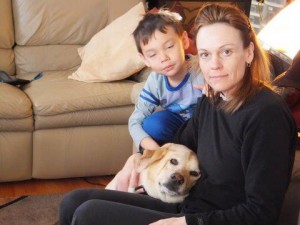 Quickly, hanging up the phone, I called John Lee back; ‘here’s Rob’s number call NOW to catch him and pick a field!!’ John flies out of WV but lives in Marietta, Ohio.
In the meantime, I was frantically calling Sherri in Vero Beach who was given custody of Bailey and all but shouted in the phone.. LOAD UP, GET NORTH TO MELBOURNE FL, WE’RE LEAVING NOW.
(poor woman, I’m convinced she thinks I’m a lunatic) 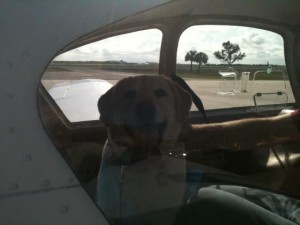 Bailey Smiling, she knows she is going to see her family soon! 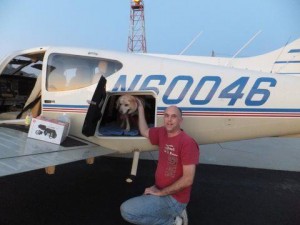 Not only did John fly all the way down to meet Rob at BNL(Barnwell, SC), but he offered for Bailey to stay overnight in his home AND fly out in the morning. John had offered to fly Bailey all the way to Pittsburgh that night if time turned into our enemy, I received an offer from…Brad Childs and Rob McMasters (AGC,Allegheny, PA) They were both apprised of the situation and immediately offered to assist John if he landed in AGC for the night. They offered to chauffeur Bailey (and John) to her home so that the family didn’t have to leave Roger. Or, they would fly down to meet John tonight and bring Bailey home. 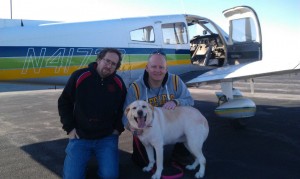 Another hard phone call; John (thank you) called Jim to ask if we had time. Could Roger wait until morning? 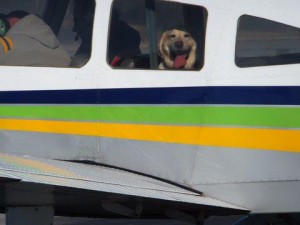 Bailey will have her pilots license by the time Rob and Brad get to PA!

Collectively it was decided that John should land at home, and keep Bailey.
After a long day of fighting headwinds, John finally made it home at 9:45pm. His very understanding wife Cathy, and his son Michael were on hand to make Bailey comfortable. I have been told that Bailey was kind enough to push him out of bed during the night. 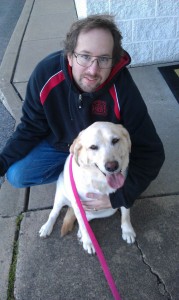 Sunday morning and true to their word, Brad and Rob flew in to PKB(Parkersburg, WV) to bring Bailey home.
I have to laugh, in as much as I reminded everyone that the clocks changed. Everyone was a bit late. Of course it didn’t help that John was unceremoniously kicked out of bed by a 100# Labrador. 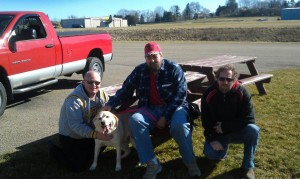 While Jim was on his way to the airfield (BVI)Beaver Falls, PA, Beaver County we were talking on the phone, he indicated that he snuck out of the house this morning so he wouldn’t spill the beans and tell Roger that he was getting Bailey. 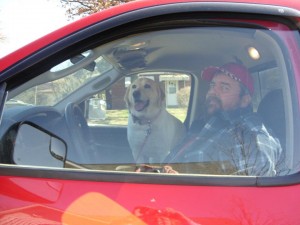 During the course of our conversation, a bit more information came to light;

Rod as he’s called by family, had been in remission for 5 years. He and his wife had even planned a trip to Key West, when 2 weeks ago they were called back up to Pittsburgh for routine tests. It was at that moment the cancer was found to have returned, and Rod was only given days to live. In an instant, things had turned and a hospice nurse had been brought in. 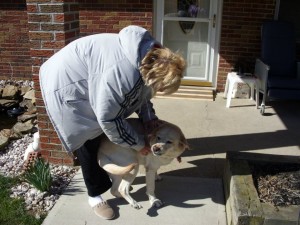 "I'm Home Mom!" as Debbie greets her with a big hug 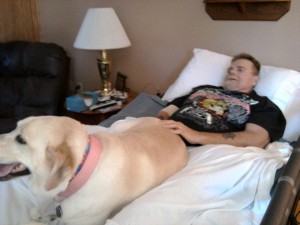 Jim further told me that all this has been especially hard for his sister Debbi (Roger’s wife) as she suffers from MS.
Only as an afterthought, did he tell me that Bailey was in fact her Service Dog.. ‘Oh yes, he laughed, you just ask Bailey to go get something and she’ll do it; she is so used to getting the newspaper, that she was stealing the neighbors when we stopped delivery’ 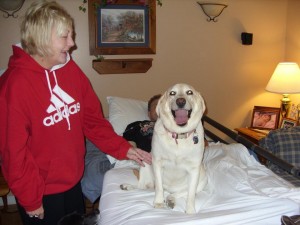 It was probably right about then that I fell apart for the 100th time this weekend.

It’s been an emotional ride no doubt.
The strength of these people has been a humbling experience and not one that I am likely to ever forget.
It has been very hard for me to detach from this as my priority is always to focus on you the pilots and the dog’s needs. It’s hard to emotionally come to grips with a man’s true dying wish.

There are simply no words. 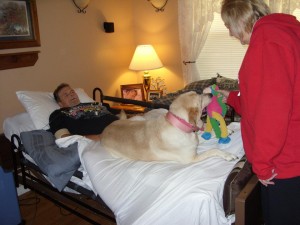 The family would like to thank everyone, not only the pilots that flew Bailey home, but to the entire family of PilotsNPaws and the rescue volunteers along the way that were willing to step in on a moment’s notice should Bailey be grounded on her journey. 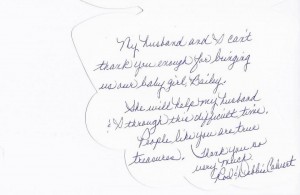 "Our thoughts and prayers are with you Rod, Debbie and family"

There were so many that offered to fly that I hadn’t been able to connect, and everything came together in mere hours, that I am still sitting here wondering if it were real.
There are a few others that I would like to make particular mention of;

Pat Hatch (VRB) was SO upset that Bailey would in no way fit in his little RV! He spent the entire morning calling in to all the pilots in VRB to see who could fly. When he found Dave Caswell, we were already in the air (again, my apologies, I just couldn’t keep up with my inbox)
Dave, I am so sorry that you didn’t get to fly, but WELCOME TO PILOTSNPAWS nonetheless and I hope to see many dog snooties on the windshield in the future.

The Commander Club in MI.. Mark Bradley had somehow been notified that ‘we’ needed help~ he almost immediately stepped forward offering his clubs services. Thank you Mark!

Many thanks to the FBO’s that were visited along the way.. they made sure that fees were waived, discounts were offered and assistance was given.

Hospice director Nick Petti, who put all of this in motion and found Denis Kowalski through an old connection and…
Denis Kowalski who connected me to the family

Kathy Smola with Rescue Railroad and her volunteer drivers throughout the country. Her group was immediately put on standy to play catch should Bailey get grounded, or drive further north to connect if necessary. 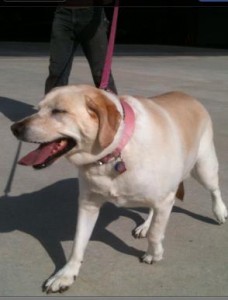 "You are one special girl Bailey, you bring so much joy to your family"

Thank you so much my friends, I am grateful to you for being there, not only for Bailey, but for all my hounds in need. You have made the world a more caring place and in a blink of an eye, have made a difference in the lives of so many folks across the country.

Note from Co-Founder, Debi Boies: Special thanks to pilot volunteers Jeff Bennett and James Kleen for your willingness to help as needed.  I am so blessed to know all of you volunteering with Pilots N Paws! Our hearts and prayers are with the Calvert family……