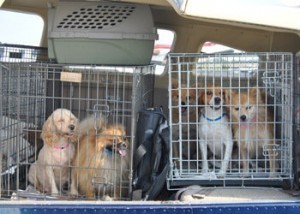 Lee Erwin Reporting
[email protected]
CLARKSVILLE, Tenn. – Early Thursday morning volunteers with Second Chance and Happy Tails met a small plane which had just landed at Outlaw Field in their continuing efforts to find homes for dogs that are in need of companions.(To view the photo gallery, click here.)

The plane that landed was being flown by Scott Messinger, a member of about a thousand volunteer pilots from coast to coast who fly for an organization known as Pilots -N- Paws. Pilots -N- Paws works with animal rescue organizations nationwide to locate and transport animals to happy homes that are waiting for them.

“Today we have puppy mill dogs out of Missouri that came in last Saturday to a West Memphis animal shelter, and we are flying them today up to Hartford, Connecticut and we have extra dogs that are being flown to South Carolina to a Beagle rescue,” said Inge Irby with Second Chance and Happy Tails.

All total, Pilots -N- Paws has transported over a thousand dogs and Thursday morning marked over the fifth time in about a year and-a-half the organization has made a stop in Clarksville.*** ”Love animals. Two words, love animals,” was the heartfelt response from Messinger when he was asked by Clarksvillenow.com why he was doing this.

Another member of the Pilots -N- Paws team, Jeff Myer, joined Messinger as one of the pilots assisting with Thursday’s flying animal rescue mission. A second flight was scheduled to arrive and leave Outlaw Field carrying rescue dogs later in the morning Thursday with yet another flight scheduled Friday transporting dogs to homes in other cities.

To learn more about Second Chance and Happy Tails or Pilots and Paws go towww.secondchancehappytails.petfinder.org and www.pilotsnpaws.org.

***HUGE CONGRATULATIONS TO PILOT SCOTT MESSINGER WHO HAS PERSONALLY FLOWN OVER 1,000 ANIMALS FOR PILOTS-N-PAWS AS OF TODAY! 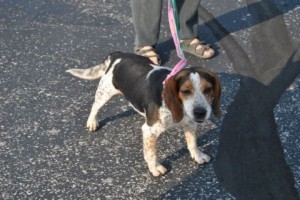 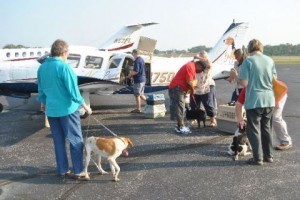 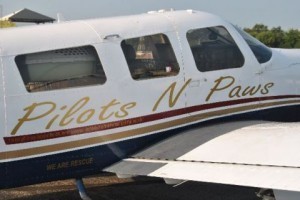