“Below are pictures from a flight that my friend, John Klompstra, and I did from Hanover airport in Virginia to Batavia, NY on June 1st. There were nine dogs and kitties which came up by road from Goldsboro NC, courtesy Nina, a volunteer, (the lady in one of the pictures), which we then flew on to Duffy’s Friends rescue in Brockport, NY. There is also a picture of a beautiful sunset as we flew late into the evening.” 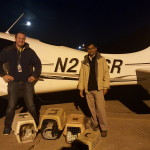 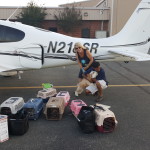 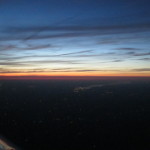 “Here are pictures from another flight on May 20th from Greenbrier  Valley airport in WV to Buffalo, NY. My friend John Klompstra and I transported four large dogs for a Canadian rescue. You can see three in one picture and one in the pictures with the plane.” 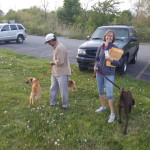 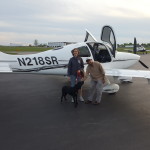 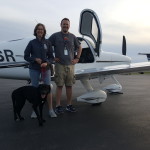